A False Dichotomy: Reflections on Running WITH/FOR Others

The road and I have become re-acquainted during this fledgling training cycle.  It's a lot like I remember it: undulating, scenic, seemingly endless . . . but a lot whiter and more slippery. 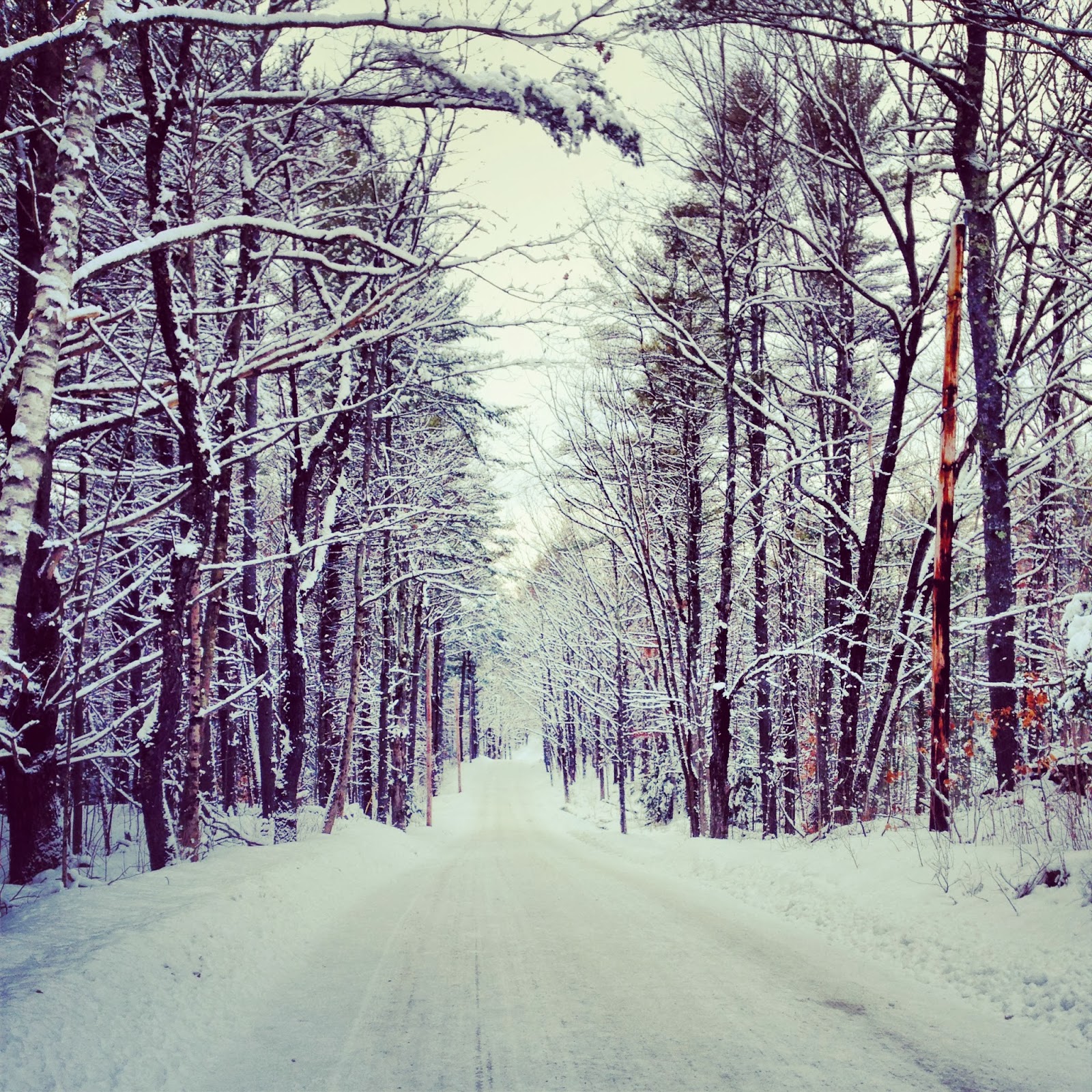 A couple of Sundays ago, I capped a big training week for me.  I drove to Hopkinton, MA and ran 18 miles on the Boston Marathon course with my old friend Stuart, who's training for his first marathon. 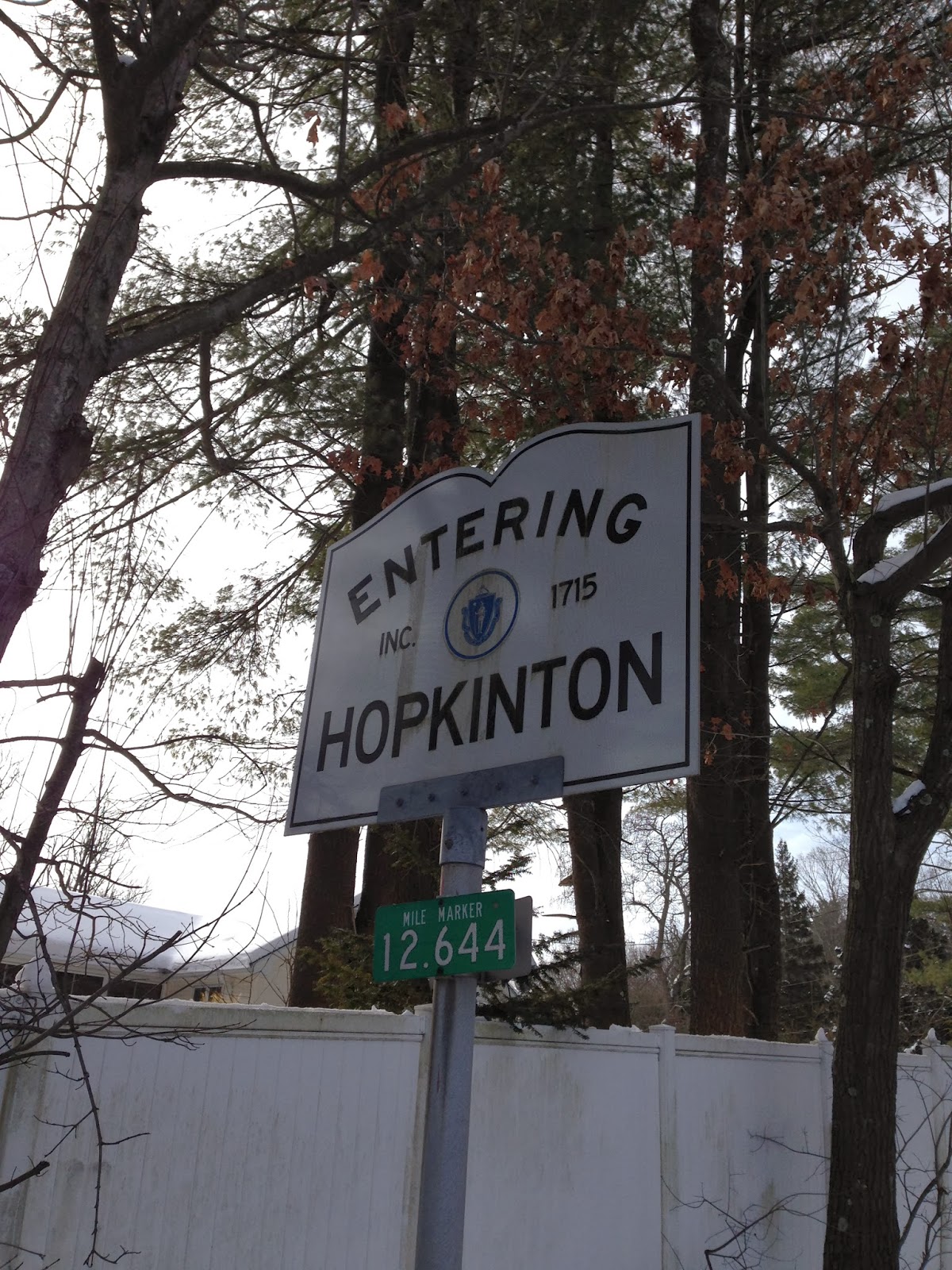 Then, since I'm in an extended base-building phase, I accepted an invitation to join some blind runners for a group run from the Massachusetts Association for the Blind's main offices in Brookline.  I was paired with a really nice guy named Erich, and we sought to negotiate the congested, only partially-cleared streets and sidewalks of Brookline, Boston and Cambridge, connected to one another by a short tether.

My interest in meeting and running with Erich and some of the others stems from my desire to be a guide to a disabled runner again at Boston 2014.  The Achilles International folks remain noncommittal at this relatively late stage, and some of us like to plan ahead.  OCD much?  Yeah, kinda. ;-)

During the first mile together, Erich and I covered the biographic basics.  He explained his sight loss (calling himself "low-vision") and I mentioned that my fiancee is legally blind in one eye.  He then posed what I regarded as a curious question: "Is that why you're interested in helping out, or are you just a good guy?"  I shuffled along without answering for a few strides, and then said, "Neither, really."  And so we discussed why I've taken to pacing and guiding as my predominant "racing" activities in the past several years.

It's not false modesty to say that I don't consider pacing and guiding to be great acts of selfless sacrifice. Granted, being a guide/pacer does require putting one's personal performance goals on the backburner, but - if we're being honest here - I turned to guiding/pacing for all sorts of selfish reasons.

Being a marathon pace guide is like being a rock star for a day.  The pace group members think of you as a running demi-god, someone able to leave them in the dust if you wanted to, but choosing instead to be there to shepherd them to their own goals.  They pose fawning questions; they ask you to pose for post-race photos; in some instances, they even try to kiss you in a way that might violate the Pacer-Runner Code of Ethics. :-)  We can blame that on adrenaline and exhaustion.

For a Pacer/Guide like me, though, participating in a marathon at a pace one-to-two minutes (or more) slower than my own race pace is a safe choice.  Factor in the long training/racing malaise which I endured, and you can get a sense that it would be fair to characterize my "running service" as an elaborately-crafted cop-out.  And, when you consider events like Boston and New York, where just getting into the race requires a qualifying time, some luck, and/or significant registration fees, being a Pacer/Guide is a very sweet deal.

Being a Guide for a disabled athlete is quite different than leading a group to a specific goal time.  Guides run their runner's race.  Our commitment is to making sure that this person has the best, smoothest, safest possible race experience, and we'll do what it takes to make it happen.  We stay with the athlete; we don't expect the athlete to stay with us.  Still, despite all that apparent selflessness, the cheers and the energy and the unfettered adulation as you accompany an inspirational figure as they do their inspirational thing is far more satisfying than hitting any goal time in one's own race.


So, Erich, as we discussed, I'm not guiding for my "low-vision" fiancee, and I'm not an especially good guy.  I just want to keep doing what I love doing, among other people who love, at the marquee events of our wonderfully egalitarian sport.

Since my last post, I've logged three consecutive 70+-mile weeks, with a 75+-mile week during the week of February 3 through February 9.  This is where a lesser runner might gripe about the awful, frigid, snowy, relentless, unforgiving winter we're having.  Not me, though. ;-)

The plan is to log one more week in the mid-70's (mileage, not temps, sadly) before heading to Italy on February 23rd for the kids' school vacation, where I'll be lucky to run half that distance.  The timing is actually optimal, as I'm due for a cutback week, and the trip will force me to take it.

In other news, I'm looking for a 50-mile qualifying race, since Vermont requires that every 100-mile runner have completed a 50-miler in less than 12 hours, with a deadline of June 1st.  I was planning on getting my 50-mile qualifier at Pineland Farms, but with that being on Memorial Day weekend, it felt like I'd be cutting it too close.  Leading candidate right now is the Lake Waramaug Ultra in Connecticut, scheduled on April 27th.  Guiding at Boston April 21st would be a perfect final long run. :-)

Thanks for reading. -Ron